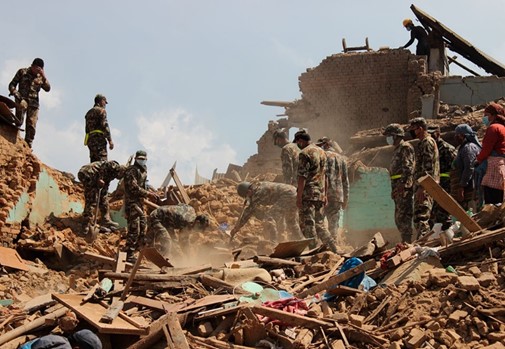 An earthquake can occur when plates start to shift, it can happen that plates move away from each other or slide against each other or collide, an earthquake always occurs at the edge of these plates.
Small earthquakes are common and often go unnoticed, but the large earthquakes can have dire consequences. These earthquakes can devastate entire cities and cause thousands of victims.
The strongest earthquake to date has occurred in Chile 1960 in the town of Valdivia; the earthquake was 9.5 on the Richter scale. The earthquake was so massive that the tsunami that followed it damaged Chile, Hawaii, Japan, the Philippines, New Zealand, Australia and the Aleutian Islands. The death toll is still uncertain to this day and it is estimated to be between 2,231 and 6,000 people, in addition to estimated damage between $ 2.9 and $ 5.8 billion.
There is an old saying: “Earthquakes don’t kill people, buildings do!”. What they want to say by this is that there are many deaths due to buildings that collapse because they are not built earthquake stable. That is why I am interested in the topic; make buildings earthquake-resistant.
There are already a few methods in circulation that can help buildings improve earthquake stability and thereby reduce the risk of collapse.
The first time this has already been successfully applied to a skyscraper in Taiwan called; Taipei 101. The method they used is; Called “the tuned mass damper”. The Mass Damper is a large ball that goes against the vibration; it swings in the opposite direction of the skyscraper during an earthquake and therefore balances it.
So-called Shock Absorbers is another method and this is used for smaller buildings. A shock absorber insulates the base of a building from the ground through a system of rubber and lead. It is often used in buildings where many people are present, such as the Turkish airport: “Sabiha Gokcen, International Airport”. It is also used in hospitals in Chile. After the many violent earthquakes in which hundreds of buildings were damaged and collapsed, they finally decided to make important buildings safer by earthquake trial. 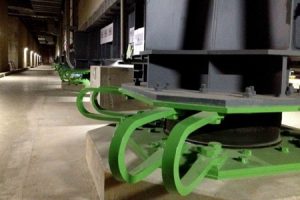 There are a number of ways that are not yet applied, because they are still in process or have not yet been tested enough. Consider, for example: the vibrating barrier, invisible earthquake mantle and 3D cement printing.
A vibrating barrier is a super strong version of the shock absorber, the weight is held by a spring and that is then stuffed into a square cube and buried in the ground close to a building foundation. Then when there is an earthquake, the weight is thrown to the sides and that absorbs the shocks of the earthquake that would otherwise have hit the building. Perfect for old buildings where you cannot apply the shock absorber, but it is not ready for production yet, as it must be specifically adapted to the material of the building. This can be very promising in the future and even reduce 90% of the movement of a building during the earthquake.

The second method they are currently working on, but which is not yet applied, is the invisible earthquake mantle. These are all different rings in different sizes that have stiffnesses to absorb waves in different frequency. When they feel an earthquake, those rings pick up the wave and reflect the energy around the rings until it goes around so many times that the force of the earthquake is gone. The people in the building often do not notice that there has been an earthquake because all the energy is completely opened up. That’s why the name: “The invisible earthquake mantle”. What is also very special is that it does not have to be large, for a building of ten meters wide, a ring that is 10 cm wide is sufficient.
The last method that may come into production in the future is the 3D cement printer. The cement is printed in a specific pattern to improve the strength of a structure. It reduces cracks in an earthquake and therefore the building has a good chance of staying upright during a violent earthquake. You cannot call this method an earthquake test because the aim is not to prevent the earthquake at that location, but it is to limit the damage. 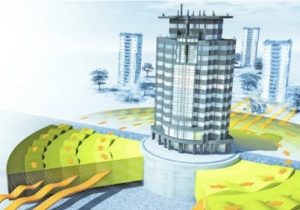 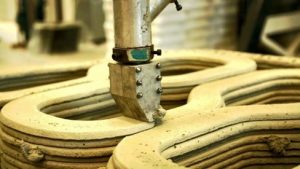 I think the developments against earthquakes are very important. There are many areas affected by severe earthquakes every year. Earthquakes can cause very human suffering and also destroy our culture. If we can prevent this by investing a lot in methods and developments. Then I think we should go for it 100%.