Since the end of 2017, Studio Flex has been involved in the development of a luxury apartment in an up-and-coming neighborhood in The Hague. During 2018, a vacant one-storey porch house in a poor state will be transformed into a unique two-storey, fully-equipped apartment. Through this blog you can follow the different phases of this exciting development project closely. Starting with the selection of the house, up to the final delivery and key transfer: Are you curious? Stay tuned!

At the beginning of June the contractor started the first demolition work to prepare the existing roof of the house for the installation of the hull roof. This work consisted, among other things, of removing the old light dome, where approximately the future stairwell will come and removing the old roof covering up to the wood. Both existing chimneys also had to be raised so that they would protrude above the new roof. 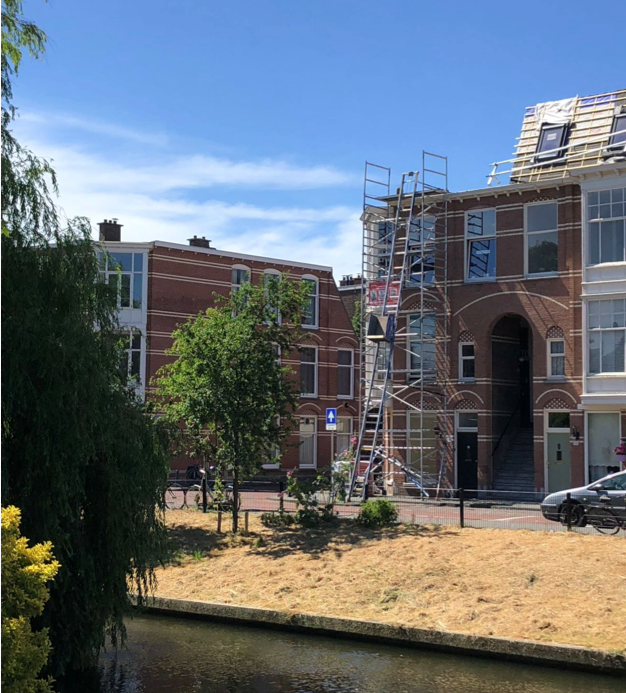 After the slope of the old roof was leveled and a new floor was laid, the actual roof structure could be started. It consists of a framework of wooden beams with wooden plating, with the window openings already included in the framework. Subsequently, the outer walls were filled with stone wool for (sound) insulation and the new windows could be placed in the doors. 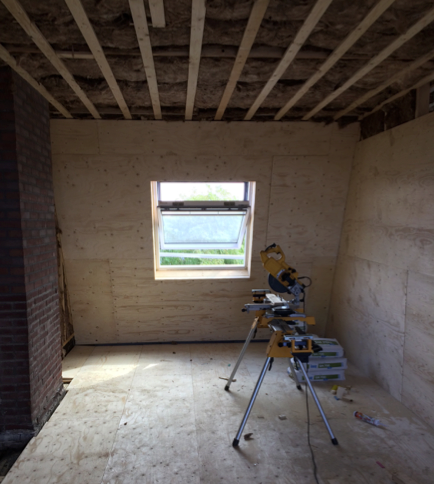 Good progress has also been made on the inside. For example, the partitions have already been placed largely and the positions of future doorways have been signed off. The entire floor has also been raised and closed and the installation of sockets and wall switches has been prepared. 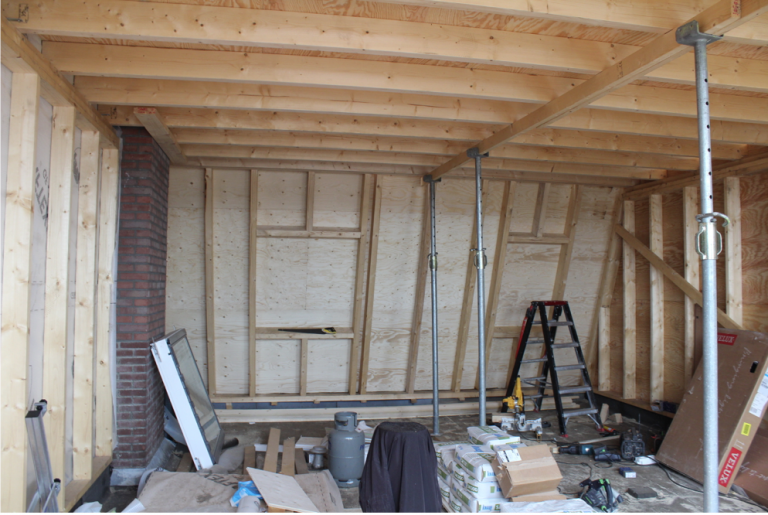 Finally, discussions were held with the plumber and electrician for further dismantling with an eye on the final destination of the various rooms. Nothing as annoying as a misplaced water pipe or too short a socket in a bedroom. After all, good preparation and clear communication between the parties involved ensures flawless and relaxed cooperation and an optimal end result.