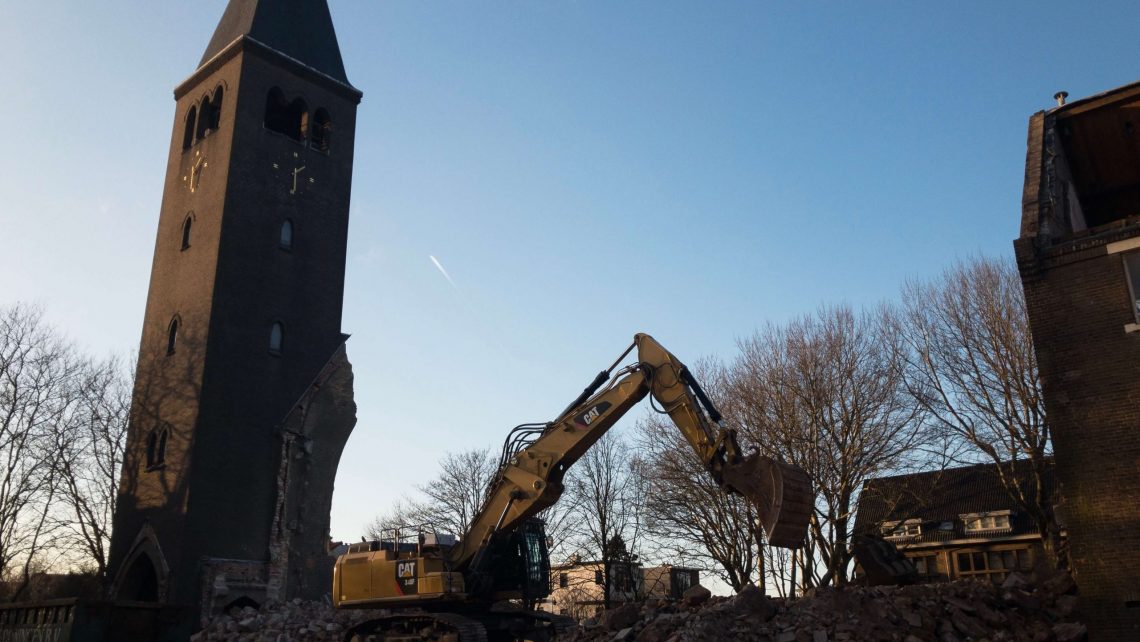 In 1925 architect Nicolaas Molenaar jr. Designed a three-aisled church building in a traditionalist style. It became the landmark for the Vogelwijk, which was taken into use in 1926. On March 22, 1958, there seemed to be an early end to the use of this church. A short circuit broke out in the church where a large part of the roof collapsed due to the almost unquenchable fire. At the end of the year the damage had already been repaired and the church could be used again from 30 November. 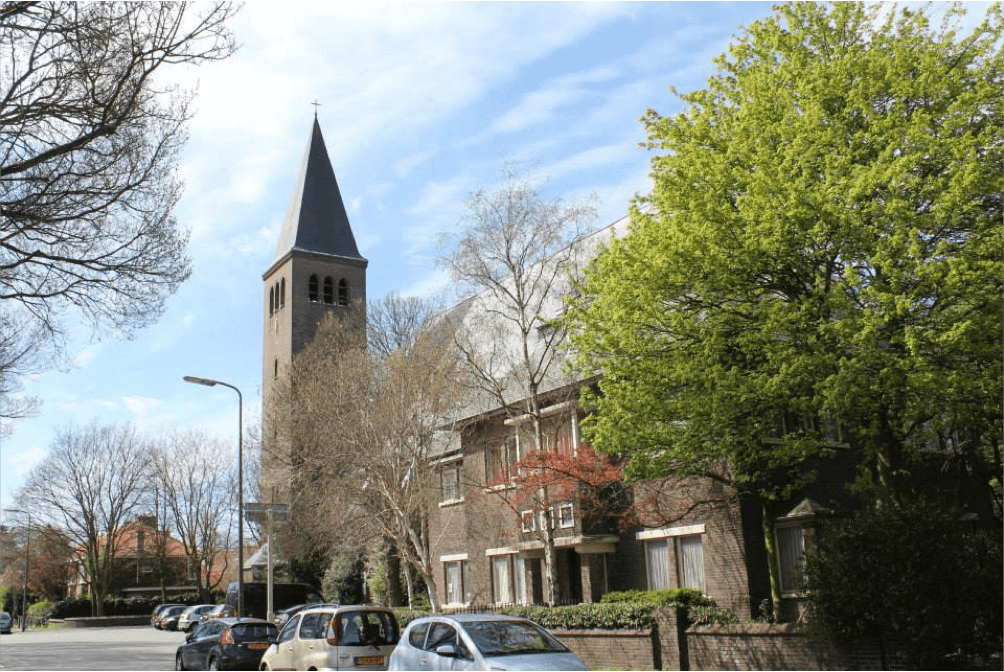 On January 12, 2013, the church was cracked. Shortly thereafter, the church was made available to asylum seekers who had exhausted all legal remedies, who stayed in tents until the end of 2012 on the Malieveld. The church was cleared in early September 2014. The diocese wanted to demolish the church building and replace it with 37 apartments, the local residents were in favor of reusing the building. After the plans for a large apartment block (just as high as the tip of the current tower) were rejected, in 2017 it was decided to replace the church with a dozen villas that fit in style with the other houses in the neighborhood.

Since September 2018 preparations have been made for the demolition of the Sportlaan church. The clocks have been removed and are given a second life. The stained-glass windows are also removed and donated to other churches.

For a long time the intention was to start earlier with the demolition of the church, think of the removal of asbestos from the building. The plan, however, was moved a few months because there was a bats pair in the outer walls of the church building. The protected animals are now gone and the permits have been granted. 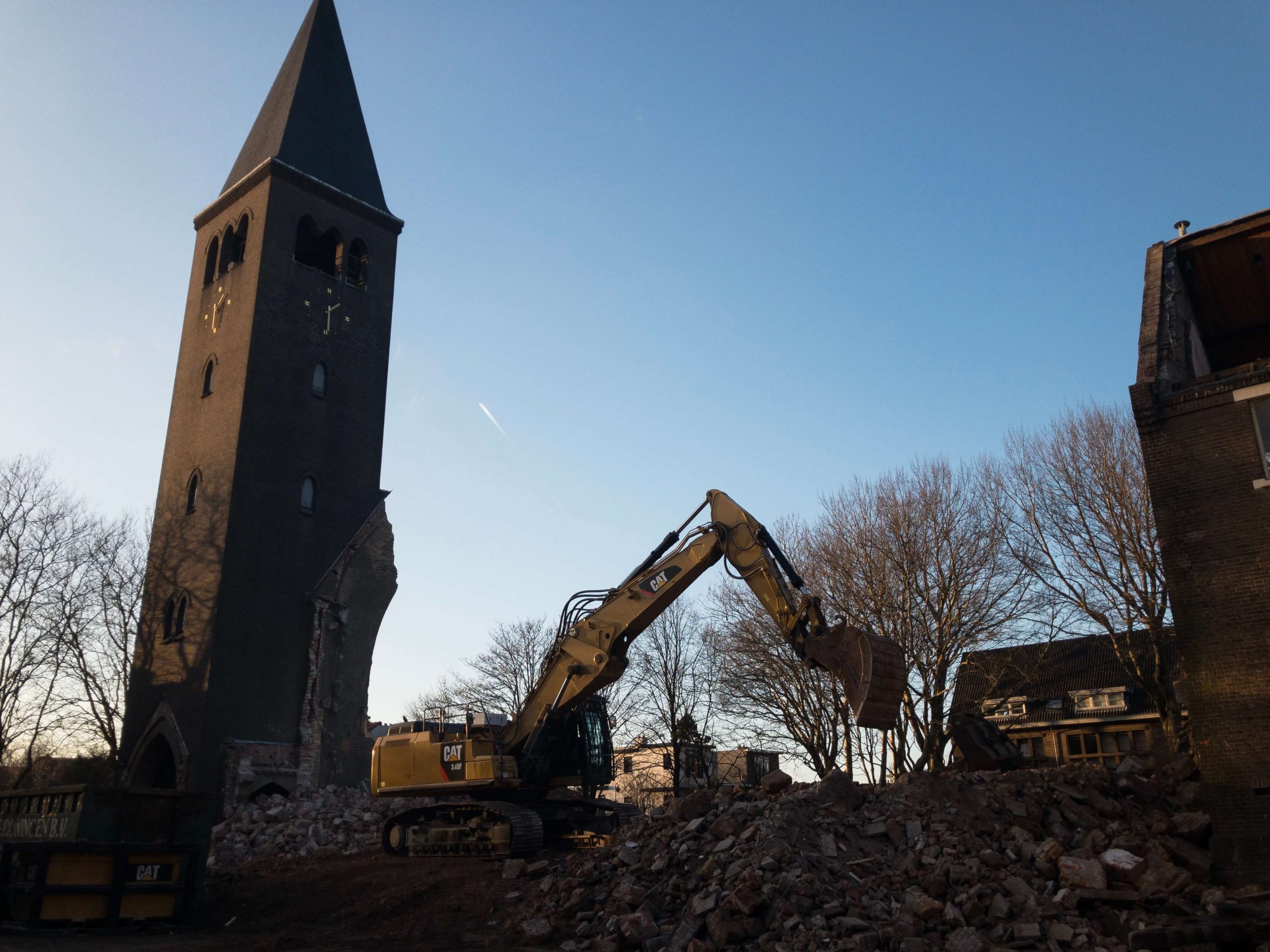 THE 12 PEACOCKS
The Sacrament Church on the Sportlaan has room for twelve spacious villas. During the development of these villas, the architect sought inspiration in the immediate surroundings. The style and atmosphere fit seamlessly with the architecture from the 1930s on which the Vogelwijk is rich. Bay windows, brick, beautiful detailing of the façades, imposing roofs. And of course a large garden at the back where on silent summer evenings the blackbirds sing.

4 TYPES OF VILLAS
The plan De 12 Pauwen consists of four types of villas. On the side of the Sijzenlaan come two detached villas. They form the boundary of the row of six on the left and right. Four interconnected villas come in between. These six villas have a wide beech size of no less than seven meters.
On the side of the Sportlaan also come six villas. These are connected to each other, either by a shared intermediate wall or by a connected storage room. These six villas have a beech size of six meters. 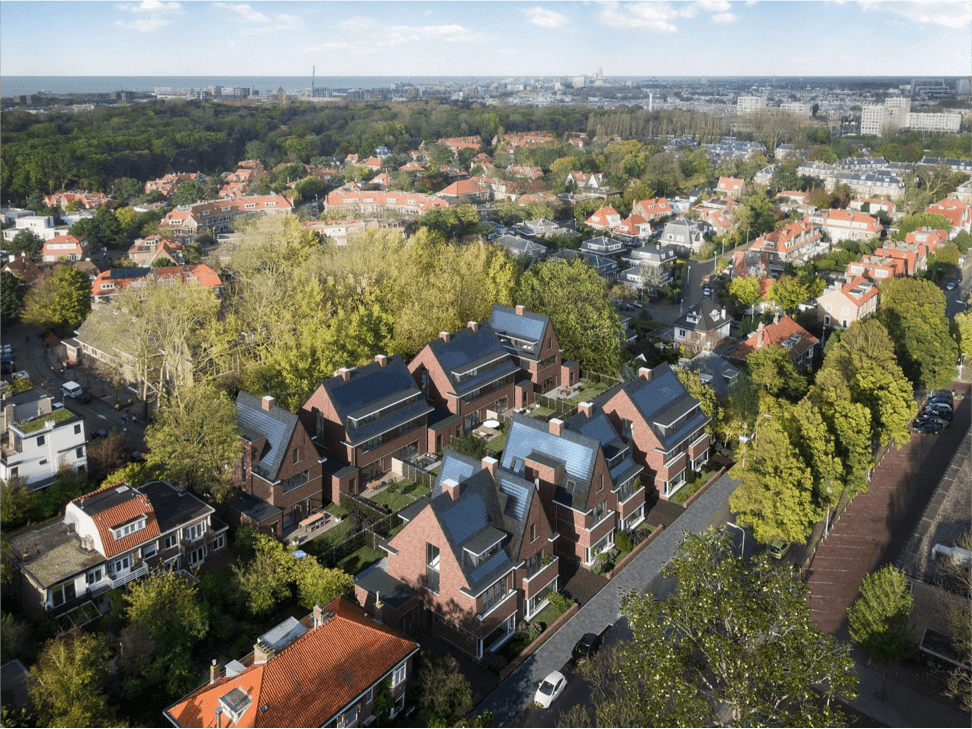