IS THE CLOSING OR CHANGE OF A SITE CONTRARY TO THE ARCHITECT’S PERSONALITY RIGHTS?

Home / Architecture / IS THE CLOSING OR CHANGE OF A SITE CONTRARY TO THE ARCHITECT’S PERSONALITY RIGHTS? 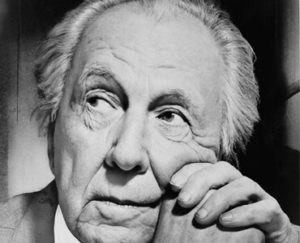 Recently, the Amsterdam Court of Appeal made an interesting decision in a case in which the question was whether the architect could successfully oppose demolition / alteration of the building he designed.

Recently, the Amsterdam Court of Appeal made an interesting decision in a case in which the question was whether the architect could successfully oppose demolition / alteration of the building he designed.

A project developer wanted the function of a building from office space to living space. In order to achieve this, part of the building had to be demolished and not opened up.

The court states first and foremost that it is a structure that falls under the protection of the Copyright Act (article 10) and that the architect is the owner of the copyright personality rights. Subsequently, the court of appeal according to article 25 of the “stipulates that the maker of a work has the right to oppose:

A change in the work, unless the change of informative nature is that that include with the reasonableness;
Any deformation, mutilation or other damage to the work, which suffer could inflict on the honor of the name of the maker or on its value in this capacity.
The architect says that when a project is closed the interest of the project developer is in operation. The court of appeal rejects this view and holds that, even if there is an infringement, the court must objectively check whether it is plausible that the maker of the answer will suffer from reputational damage.

Just like the court, the court comes to the conclusion that there is no question of a dough which is detrimental to the honor of good architect’s name. The court has its next versions:

The architect must, in the course of time, relate to the functional changes of the activities;
The building is an office building that has remained unchanged for almost forty years, has been empty for more than seven years and, at the request of the municipality, will meet the need for living space or starter homes;
The damage has not been brought about lightly and the project developer has found that the modifications to the large image / rear facade, not visible from the public road, consisting of large (er) windows, new entrees and balconies on the first floor, were made exclusively within the framework of the new residential function.
This statement shows that it is not easy for an architect to oppose a sloop / change. Speaking must be of special circumstances that follows the architect through the demolition / modification of the building reputation damage has suffered or will suffer. Do you have questions about this subject? Please contact us.