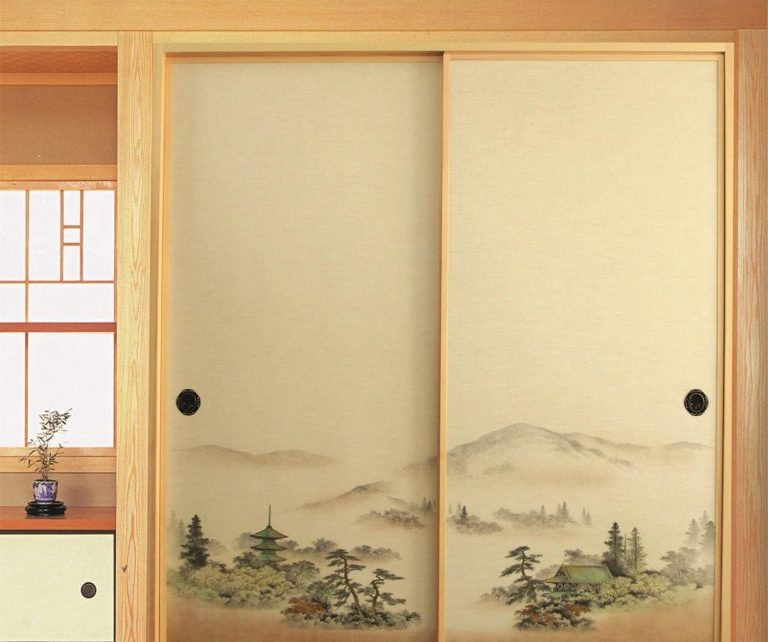 Fusuma are sliding doors or sliding walls that were used as flexible room dividers in traditional Japanese houses. They basically consist of a wooden frame covered with thick paper or fabric. Although there are great similarities with Japanese shōji (also sliding doors or sliding windows), the biggest difference is the transparency. Whereas shōji were traditionally almost always translucent and therefore used particularly as windows, the fusuma is not transparent. In addition, they often cover an entire wall to cover the space, cabinet or tokonoma behind it. They are therefore almost exclusively used indoors. 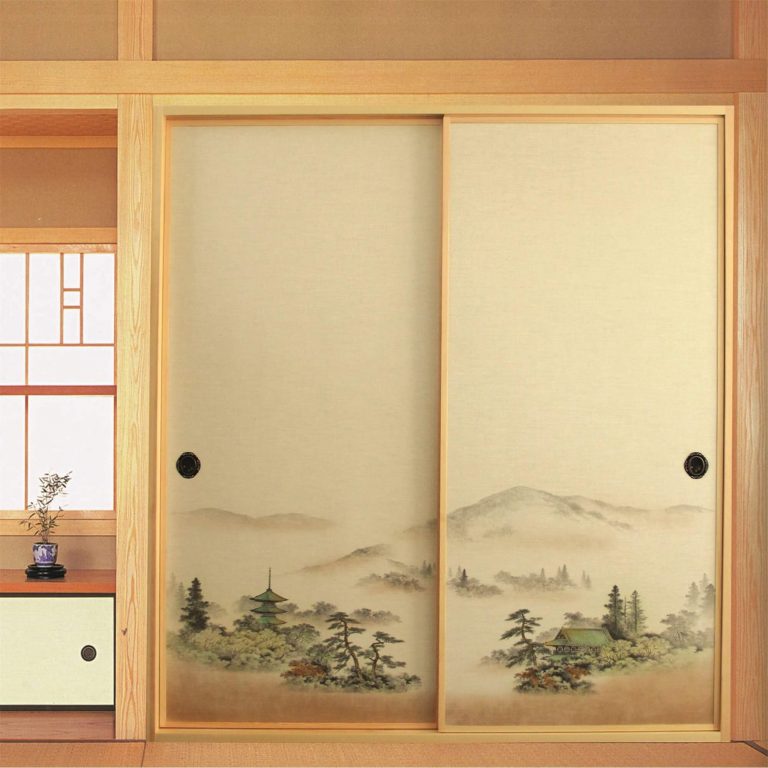 While many Japanese terms for traditional architecture are of Chinese origin, the word fusuma is a real Japanese term. Its origin is determined by the initial function of the fusuma, namely the screening of the sleeping quarters of the imperial palace by means of sliding doors. These sleeping places were named fusuma-dokoro (衾 所), where fusuma can be translated as ‘futon’ or ‘bedding’.

Until the 7th century, traditional Japanese houses did not have permanent sliding walls. The separation of a certain part of a room then still happened through the use of separate screens. Originally, the average door height in Japan was only about 1.70 m, as a result of which the height of the fusuma was logically adjusted. The width of the fusuma was variable and dependent on the width of the room or cabinet which they had to shield. Originally, the panels hung in wooden, waxed profiles, which made them easy to move. Meanwhile, the height of the fusuma is adjusted to the length of the modern Japanese and the wooden rails are usually replaced by plastic variants, although the principle has largely remained the same. 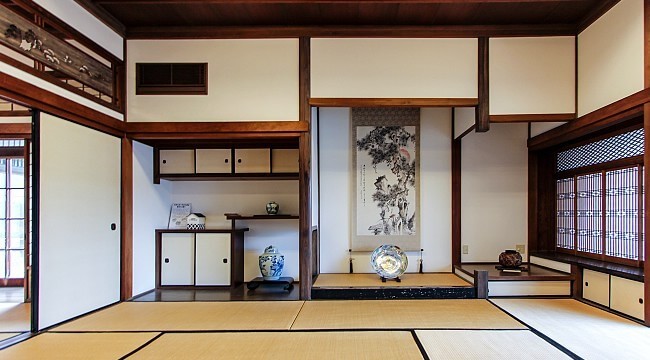 As said before, fusuma consist largely of a wooden frame of approx. 2 to 3 cm thick. This framework is covered with fabric or sturdy paper. The ‘door knob’ consists of a recessed handle, called hikite (引き手), which is sometimes made of very precious materials and can be artfully designed. 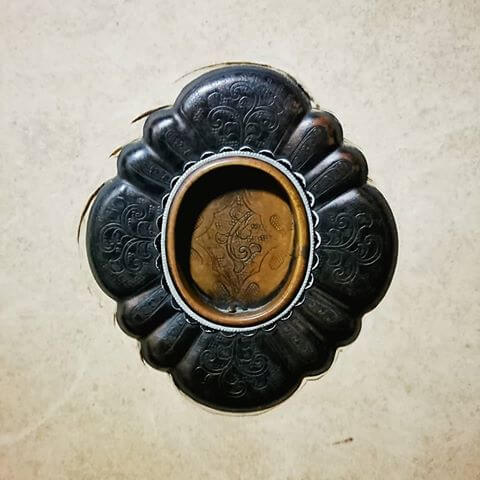 Originally, fusuma were hand painted and decorated. These were mostly performances based on nature, such as mountains, forests and animals. Usually, these images were kept pretty sober, with a limited color palette, but they could also be extremely lavish with the use of gold leaf and other precious materials. The background was mostly empty, featuring light and natural shades. However, a black border (frame) was often applied all around. 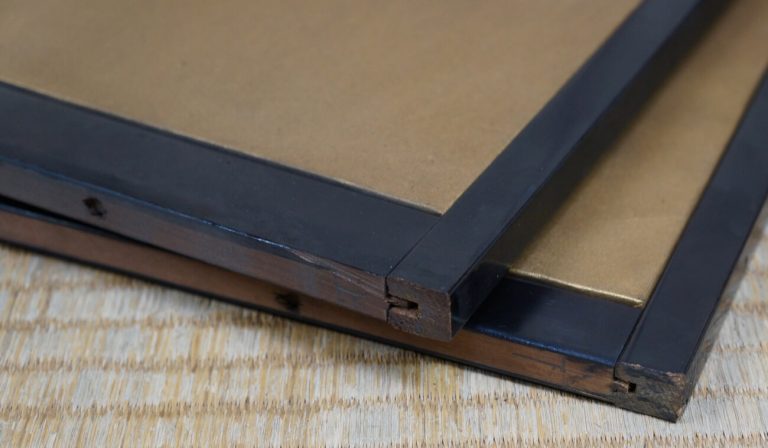 With the dawn of the Meiji period (1868-1912), Japan was exposed to foreign, mainly Western, influences for the first time. This resulted among other things in the import of new (building) materials and ideas in the field of architecture. As a result, more and more Japanese houses were provided with Western elements and there was a clear difference between Japanese and Western rooms or parts of a house.

Unlike shōji, which were largely replaced by glass windows, fusuma remained in use. Their popularity even increased strongly during the 20th century, because they were perfectly suited to separate Japanese and Western elements. The production also became cheaper and these handy sliding walls became available to a much larger audience.

Nowadays, the decorations have often gone with the times and partly other materials are used for the construction. Nevertheless, the fusuma can still be found in almost every Japanese home and they are becoming increasingly popular in the rest of the world.