In traditional Japanese buildings, only sliding doors were used until the end of the Edo period (1603-1868). Compared with revolving doors or windows, sliding doors take up considerably less space and, when opened, do not have a negative effect on the atmosphere and appearance of a room.

A shōji basically consists of a wooden frame, with narrow wooden ribs between them, resulting in a certain surface division. These surface divisions or patterns (kumiko) usually consist of rectangular shapes, but can also have more organic forms. The usual dimensions are approx. 1.73 m × 0.86 m, tailored to the dimensions of traditional Japanese interiors. This framework is then on one side provided with thin paper.

Traditionally, shōji were mainly used for external walls, where they served as windows. Due to their translucent property, a space could be illuminated, but at the same time it was shielded from the outside world. In addition, the shōji could be fully opened, so that the difference between inside and outside was removed. Shōji, however, were also frequently used as a sliding dividing wall or door inside the house.

Due to the light construction method and the use of natural materials, shōji have always been very vulnerable. It soon became clear that an overhanging roof, or extra wooden sliding panels, would better protect the shōji against weather influences such as hail, storm or rain. A shōji is therefore never directly exposed to the elements. 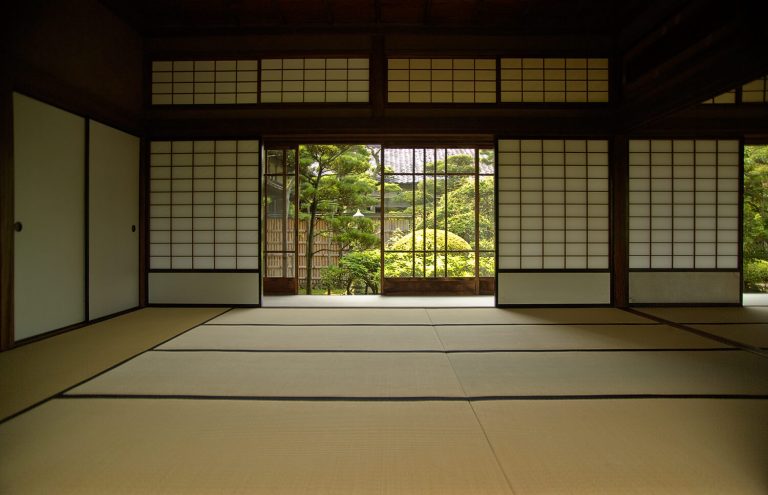 With the dawn of the Meiji period (1868-1912), Japan got largely exposed to foreign, mainly western, influences for the first time. This resulted among other things in the import of new (building) materials and ideas in the field of architecture. As a result, more and more Japanese houses were provided with new glass panes, with which the traditional shōji were initially covered. However, it did not take long before they were completely replaced by window frames according to Western examples. 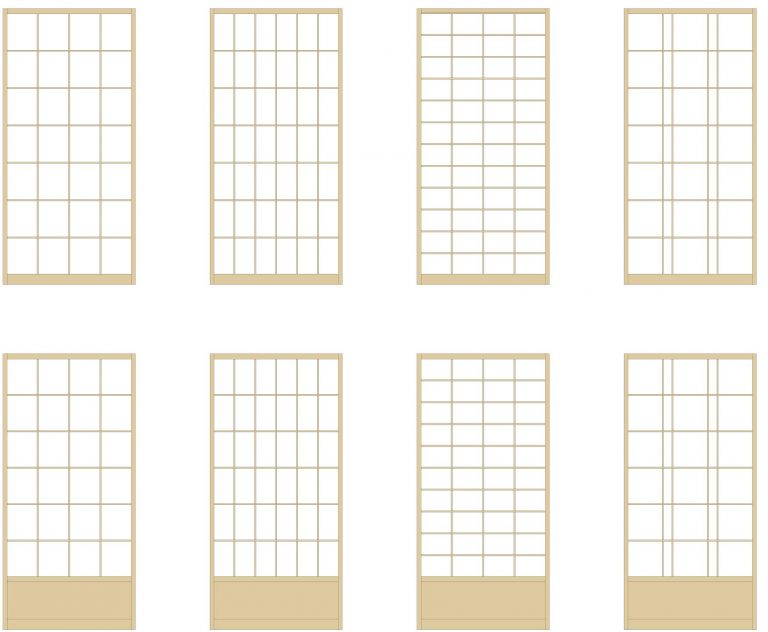 Nowadays, shōji are rarely used in Japanese houses, except for special traditional Japanese rooms with tatami flooring. Meanwhile, modern alternatives have also been found for the fragile paper framing of the framework. Laminated papers or plastic films are commonly used solutions.