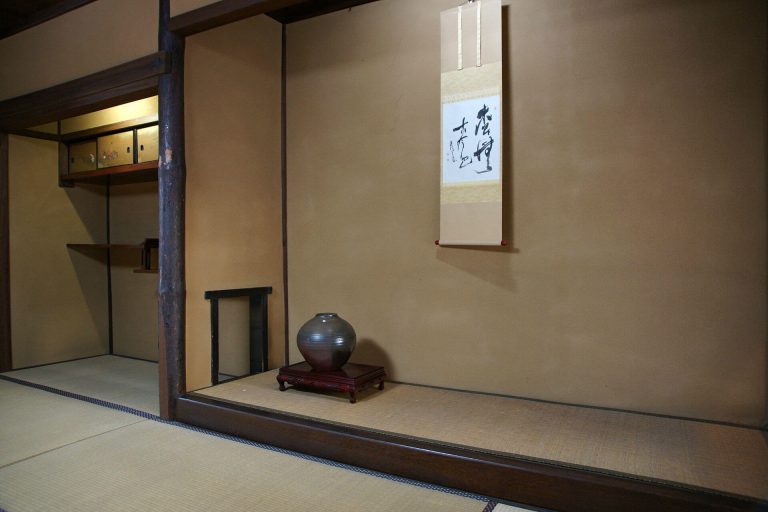 The first Japanese tokonoma (床 の 間) arose during the Muromachi period (1336-1573) and were based on Chinese tables and altars. Because of the Buddhist origin, the tokonoma was initially used mainly for religious and ritual acts, but over time became more and more an important decorative and artistic interior aspect. 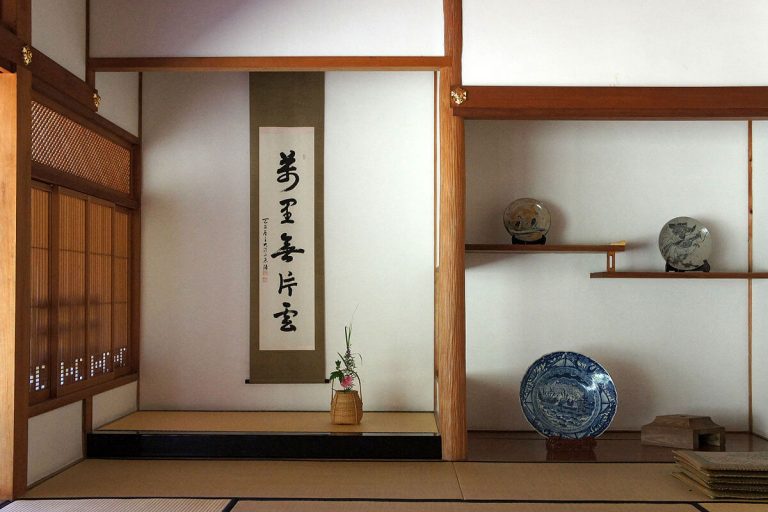 Within traditional Japanese architecture, the tokonoma can be regarded as an essential element. The term tokonoma can be translated as ‘bed space’ and consists of  an alcove of approx. 1 to 2 m wide and 50 cm deep and often has a slightly raised floor.

The choice of materials, dimensions and precise design is mainly determined by the degree of formality of a room. A distinction is made between three levels, shin, gyō, sō, where shin stands for the highest and sō for the lowest degree of formality.

In principle, a tokonoma is made up of two vertical wooden pillars on either side of a niche, one of which is often left unworked (tokobashira/床柱) and looks like a rough tree trunk. The side walls are often closed, but sometimes they also have a small opening, which allows for a limited amount of light to enter the alcove. At the top of the tokonoma is a kind of lowered panel, so that the niche remains largely shady. The back wall is almost always even. The bottom of the tokonoma is finished with wood or tatami depending on the formality. 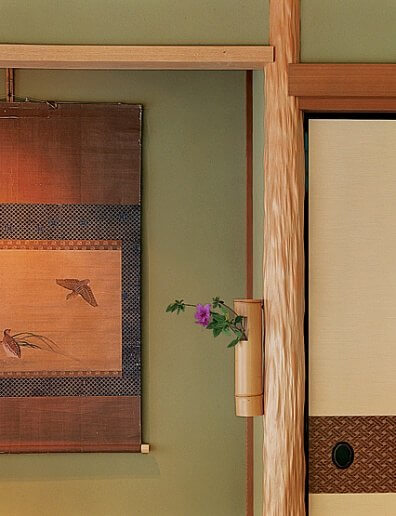 On the back wall of the tokonoma usually a vertical hanging scroll (kakejiku/掛軸) can be found and on the ground often stands an ikebana (生花) composition. In addition, other subtle decorative and/or seasonal elements may also be added. It is especially important that all elements are in harmony with each other and that they are also adapted to the degree of formality of the space in which the tokonoma is located.

Because a room with tokonoma is always considered to be more formal than a room without a tokonoma, it is preferable to receive guests in this room. The most important guest is preferably placed right in front of the tokonoma, but with his back facing it. Upon entering the room, guests may briefly appreciate its beauty, but the hostess or host never intends to show off his tokonoma. That is why it is considered rude to place guests directly facing the tokonoma. 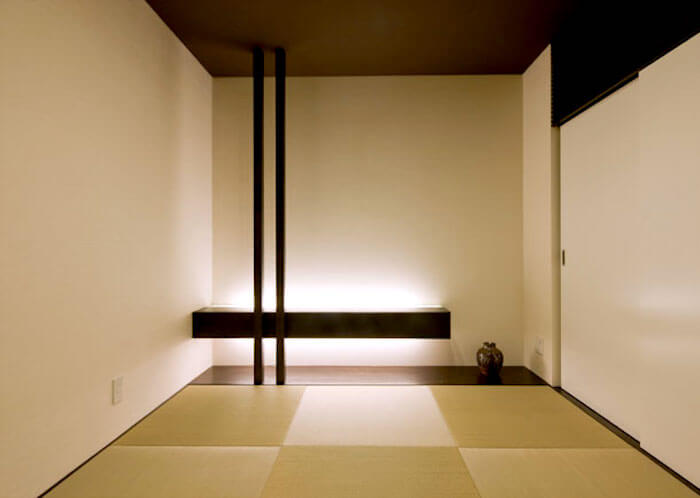 Nowadays, tokonoma are less and less integrated into new homes. On the one hand because it can be a costly investment, on the other because people no longer recognize its importance. Yet there are still Japanse who have a traditional tokonoma built, but also many modern variations can be found these days.