The history of architecture 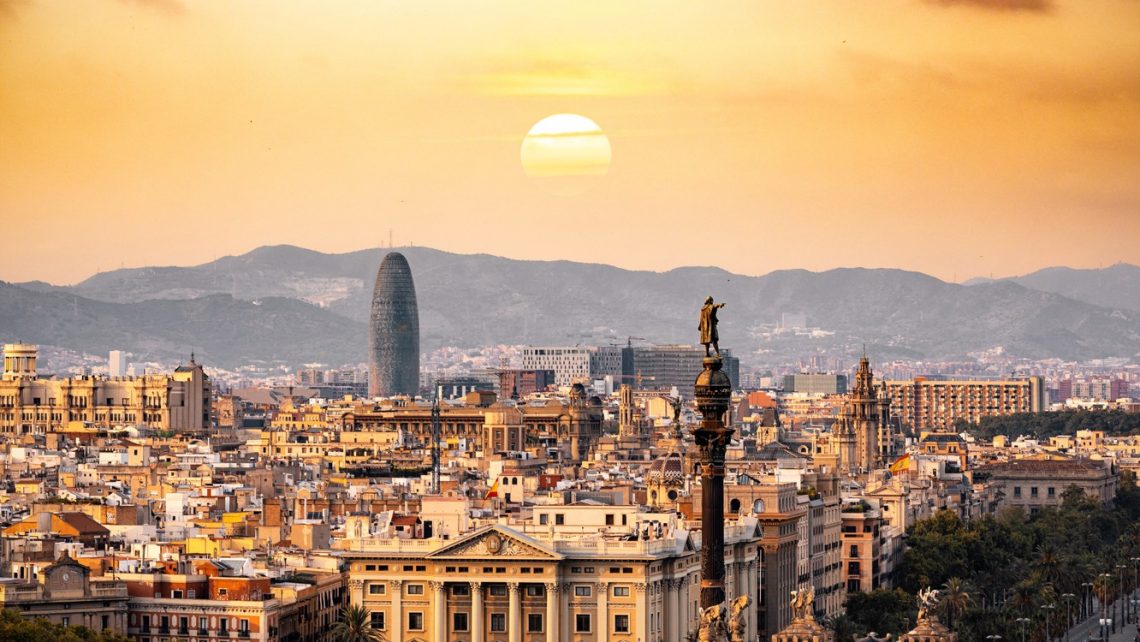 Today architecture is something that is big and that many people are interested in and are engaged in. Literally impossible to live without architecture. Architecture is to create places to live, to create workplaces and to connect people. We therefore spend 90% of our time in buildings. Since the beginning of humanity, solutions have always been sought to shelter from the outside world, think for example of the cold, wild animals, enemies and so on. People build houses to live and have that as a basis. When you think of the history of humanity / world, building and architecture cannot be ignored at all. So it has always been one of the best points.
Where did architecture start and how did people deal with it? And how did it develop and who are the handy people who made it happen?

First, let’s list all phases of architecture as we know them today in a timeline. 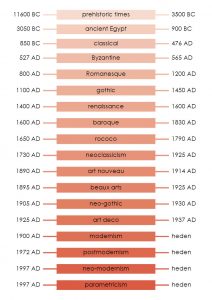 In order to understand more of these movements and to see which people took part in them, we will show a building per movement and the most important architect at that time.

In those prehistoric times there were a couple of cultural stages. First there was the stone age, which divides in three groups: the old stone age (paleolithic), the middle stone age (mesolithic) and the new stone age (neolithic). Secondly, the bronze age (minoan period for the crete and greek) and the third cultural stage was the iron age.

The architecture in that time had four constructive principles:

Egypt is very famous for the beautiful big pyramids, that are around 3000 years old. Pharaohs of kings of Egypt would have pyramids built so that when they died they could have the pyramid as a tomb for their bodies. They would be buried with many riches.
The pyramids are very special because when we look back at those times, we wouldn’t think it was possible for us to build such great treasures. Each block is two and a half tons, which is a lot, so the workers had to find ways to carry the blocks and build the pyramids. They carved and cut every block, and built temples and statues and they were very talented architects.

Some features of classical architecture are symmetry, columns in a specific style, durable building materials and rectangular buildings.

When you think of gothic architecture, you think of iconic buildings like Notre-Dame de Paris, Reims Cathedral, Milan Cathedral and the Westminster Abbey.

Baroque architecture is a style that is seen as a more theatrical version of renaissance architecture. It’s known for its dramatic lighting and colors, illusory effects and designs that challenged architectural features. The characteristics of baroque architecture are grandeur, drama and contrast, curvaceousness and dizzying array of rich surface treatment, twisting elements and glided statuary.

This style advocated a return to the ideals of ancient Greek and Roman architecture. Neoclassical architecture has these characteristics: grandeur of scale, dramatic use of columns, Greek or Roman detail, simplicity of geometric forms and blank walls. This style can be divided into 3 types: a temple style building, a Palladian building and a classical blbock/square building.

The main characteristic of art noveau is the long, sinious, organic line that is integrated in the designs of the buildings. Art nouveau is a style that not only cares about the architecture, but also looks after furnishing the buildings and makes sure it’s thought out  from inside out.

This style developed from the classic architecture with Greco-Roman styling. Beaux arts means fine arts in French. Characteristics of this style are that the buildings are massive and usually constructed with stone, symmetrical facades, flat/low-pitched roofs, adornment reminiscent of Greek and Roman architecture, pillars, arched windows and garlands.

The characteristics of this style are: lack of ornament and emphasis of recangular forms and horizontal and vertical lines.

This architecture style emerged as a reaction against the minimalism and uniformity favored by modern architecture. The key characteristics of this style are colors, textures, shapes (asymmetry) and humor. The architects of most of these buildings don’t think the is a objective reality or scientific of historical truth. They also think science and technology aren’t vehicles of human progress but suspect instrument of established power. They have a lot more views, that when we look at the buildings they design, we can see what their views are and how they influence the postmodern architecture.

Neomodernism is a current architecture style that has a lot of the same characteristics of moderism. They both reject the classical ornamentation, decorations, and deliberate ambitions to continue pre-modernist traditions. They are designed to be largely monolithic and functional.

Parametric architecture is a style where the relationship between elements is used to manipulate and inform the design of complex geometries and structures. You can divide parametric modeling systemd in two types: propagation-based systems and constraint systems.

Those buildings are very complex, organic and have geometric shapes.