UNDERLYING CAUSE FAILED CONSTRUCTIONS – LACK OF KNOWLEDGE AND SUPERVISION? 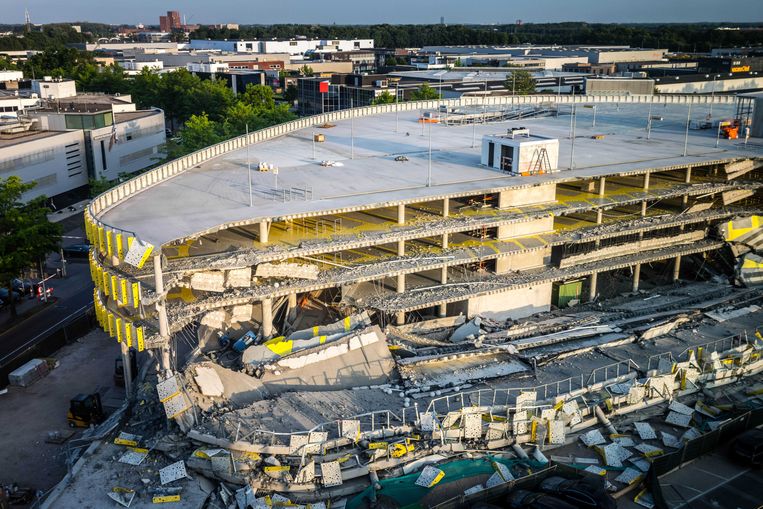 What is striking, especially in the last two incidents, is that in the media the cause of the incidents was laid very quickly in the unilateral failure of a construction element.

In the first of the two cases, the collapse of a part of the parking garage In Eindhoven, it was concluded that the floor plan of the floor slabs was different than usual in similar projects. The floor slabs used are wide slab floors. This is a type of precast concrete floor, where the bottom reinforcement collapses into a concrete layer when sheets are delivered on the construction site and the pressure layer of the floor is poured in-situ onto the bottom layer. There are joints between adjacent floors, which have to be attached to each other by means of coupling reinforcement in order to guarantee the overall structural capacity together with the pouring layer. By turning the floor plates a quarter turn, these seams came to the point where the floor bends the most. The consequences of the change of this design are then not sufficiently recognized. In fact, too little attention has been paid to the length of the coupling reinforcement, as a result of which it has been made too short. This created a critical design. The extra load due to the large temperature difference between the top and bottom of the floor slabs on the top floor eventually led to the floor slabs collapsing on that floor and led to the collapse of the lower floor floors. What can be concluded from this is that the construction principle in itself was not incorrect, but that it was performed incorrectly. More a construction error, rather than a constructive error.

What is also underexposed by the media is that during the construction work there were already signs that the floor construction did not meet its constructional safety. There was in fact several areas of cracking in the floors and water accumulation in the middle of the span of the floors. Matters that have been insufficiently acted on by the parties involved.

So you can not get rid of the impression that the underlying problem lies in the fact that such construction projects are being procured in such a way that several subcontractors work together on a project, without there being a central party that understands the risks of the entire project. In addition, such projects are awarded to parties on the basis of the lowest price, which means that the aspect of quality and safety is underexposed. There is too much pressure to build too much, with too little manpower with sufficient knowledge and expertise. If the various branches do not quickly learn from these incidents and improvements are made for the future, it is not long to wait for a next building incident.