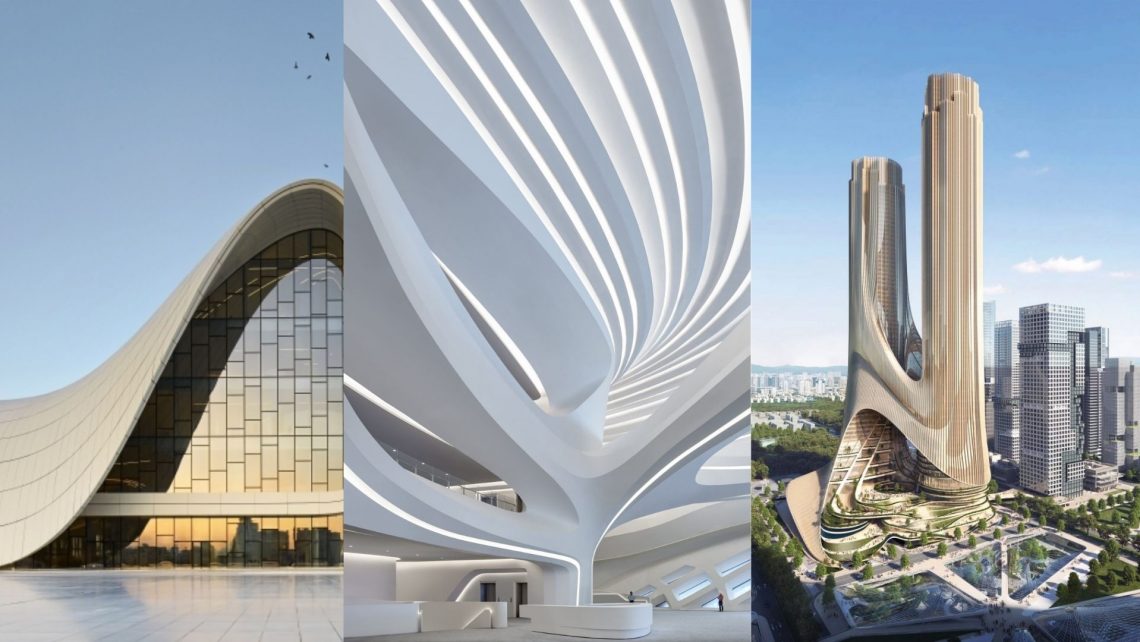 Zaha Hadid was an Iraqi-British architect, who became the first woman to win the Nobel Pritzker Prize for architecture. Her style was intensely futuristic architecture characterized by curved facades, sharp angles and the use of materials such as concrete and steel.

In addition to the highest honors, she also received the Gold Medal of the Royal Institute of British Architects and was awarded the Knighthood of the British Queen. Hadid was known as the ‘Queen of the Curve’. They weren’t always round, but they always ended up on the very first drawing paper, seemingly without any effort. She designed a wide variety of buildings, from metro stations in Saudi Arabia to the swimming stadium for the London Olympics. One of her creations is an 11-storey apartment complex in New York, made primarily of steel and glass.

Zaha Hadid was born in Baghdad, Iraq during a period of prosperity when the government chose to invest in modernizing the city’s architecture. Hadid’s father Muhammad al-Hajj Husayn Hadid, was a wealthy industrialist and politician. Her mother Wajiha al-Sabunji was an artist. Due to the influence of her high-performing family, Hadid said, “There was never a doubt that I would become a professional. However, at the age of 11, Zaha Hadid decided that her future lay in architecture. Her parents supported her aspirations and encouraged her to design part of the interior in their house.

Hadid’s extraordinary achievements were all the more remarkable as she worked in an industry largely dominated by men. Her first completed building is the Vitra Fire Station in Weil am Rhein, Germany (1994). Since 2001, her studio has completed some twenty structures in Europe, America and Asia, including a factory for BMW in Leipzig (2005) and the Guangzhou Opera House in China (2010). She has many other impressive buildings on her name.